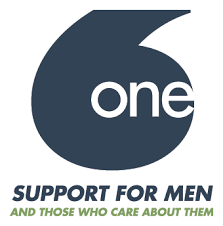 Researchers have found that 1 in 6 men have experienced abusive sexual experiences before age 18. And this is probably a low estimate, since it doesn’t include noncontact experiences, which can also have lasting negative effects.

If you’ve had such an experience, or think you might have, you are not alone.

If you wonder whether such an experience may be connected to some difficulties or challenges in your life now, you are not alone.

Whoever you are, maybe you’re thinking something like, “1 in 6?! Come on, how can that be?” or even “That can’t be true!” Again, if so, you’re not alone. Those are common responses to this statistic, which many people find hard to believe – including men who’ve had such experiences themselves.

This page is about saying, briefly, “Yes, it’s hard to believe,” and “There’s strong scientific evidence.”

Please note:
Researchers use “sexual abuse” to describe experiences in which children are subjected to unwanted sexual contact involving force, threats, or a large age difference between the child and the other person (which involves a big power differential and exploitation). See former advisory board member Dr. Jim Hopper’s Sexual Abuse of Males for a detailed discussion of definitions and research methods, including how some result in lower estimates than 1 in 6 (e.g., large national surveys using telephone interviews with few questions).

Having such an experience does not mean a boy will definitely suffer significant long-term negative consequences. That depends on several factors, including how many times it happened, how long it went on, who else was involved, whether the boy told anyone and, if so, the response he received.

Why these statistics are probably underestimates:

Symptoms of post-traumatic stress disorder and depression.1,2,8
Alcoholism and drug abuse.1,9
Suicidal thoughts and suicide attempts.1,9
Problems in intimate relationships.1,10
Underachievement at school and at work.1,10

Think about it, and about educating others

In summary, the 1 in 6 statistic is supported by solid scientific research, including a study conducted by the U.S. Centers for Disease Control, and is likely an underestimate of the actual prevalence. Furthermore, this widespread problem contributes to mental health, personal and work difficulties of many men.
Yet few people are aware that there are just as many men who experienced sexual abuse as children as there are who develop prostate cancer, the most common cancer and second leading cause of death among men. And few know that the 21 million men with histories of childhood sexual abuse are more than 4 times the number with heart disease, the leading cause of death among men. Please consider helping to educate others by letting them know about this page, http://www.1in6.org/thestatistic.

*There are many more studies than these. Our goal here is to summarize some key research that has been published by respected scientists, in reputable journals, after their work was reviewed and approved by their scientific peers. For a detailed discussion of definitions and research methods, see former advisory board member Dr. Jim Hopper’s Sexual Abuse of Males.