Another conversation with my wife this morning prompted a realization for me. It is one that many Christians will discount or dismiss altogether. It is the act of forgiveness, and the depth and truth of what it really is.

God has modeled forgiveness for us in the most dramatic of situations and shown us its image in everyday life through the following passages.

When Joseph’s brothers saw that their father was dead, they said, “What if Joseph holds a grudge against us and pays us back for all the wrongs we did to him?” 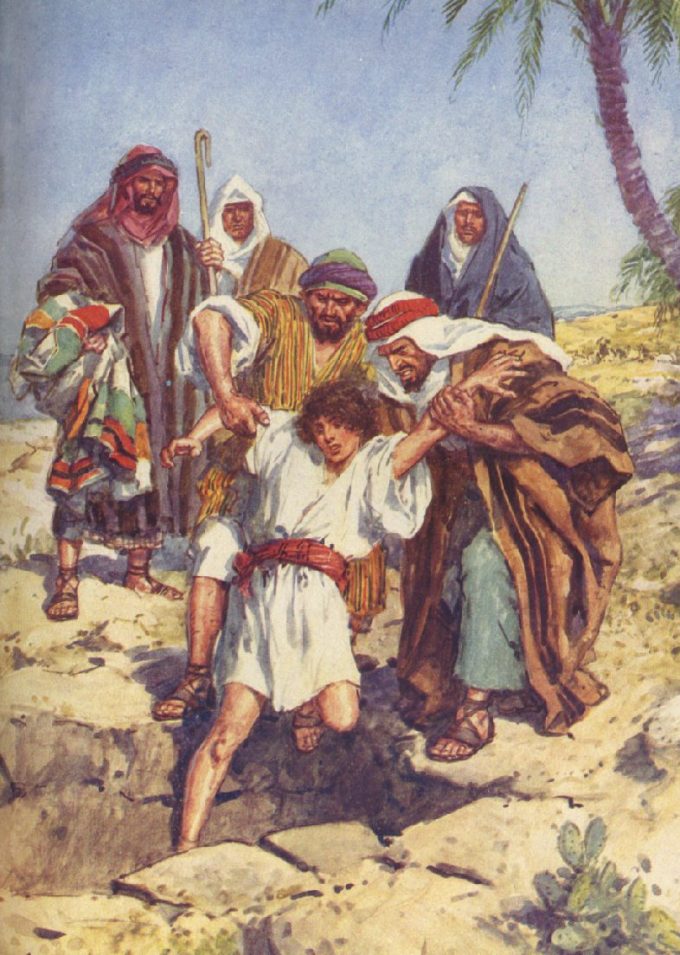 So they sent word to Joseph, saying, “Your father left these instructions before he died: ‘This is what you are to say to Joseph: I ask you to forgive your brothers the sins and the wrongs they committed in treating you so badly.’ Now please forgive the sins of the servants of the God of your father.” When their message came to him, Joseph wept.

His brothers then came and threw themselves down before him. “We are your slaves,” they said.

But Joseph said to them, “Don’t be afraid. Am I in the place of God? You intended to harm me, but God intended it for good to accomplish what is now being done, the saving of many lives. So then, don’t be afraid. I will provide for you and your children.” And he reassured them and spoke kindly to them.  Genesis 50:15-21 (NIV)

“This, then, is how you should pray:

“‘Our Father in heaven,
hallowed be your name,
10 your kingdom come,
your will be done,
on earth as it is in heaven.
Give us today our daily bread.
And forgive us our debts,
as we also have forgiven our debtors.
And lead us not into temptation,
but deliver us from the evil one.’
For if you forgive other people when they sin against you, your heavenly Father will also forgive you. But if you do not forgive others their sins, your Father will not forgive your sins.           Matthew 6:9-15 (NIV)

If anyone has caused grief, he has not so much grieved me as he has grieved all of you to some extent—not to put it too severely. The punishment inflicted on him by the majority is sufficient. Now instead, you ought to forgive and comfort him, so that he will not be overwhelmed by excessive sorrow. I urge you, therefore, to reaffirm your love for him. Another reason I wrote you was to see if you would stand the test and be obedient in everything. Anyone you forgive, I also forgive. And what I have forgiven—if there was anything to forgive—I have forgiven in the sight of Christ for your sake, in order that Satan might not outwit us. For we are not unaware of his schemes.   2 Corinthians 2:5-11 (NIV)

When they came to the place called the Skull, they crucified him there, along with the criminals—one on his right, the other on his left. Jesus said, “Father, forgive them, for they do not know what they are doing.”And they divided up his clothes by casting lots. 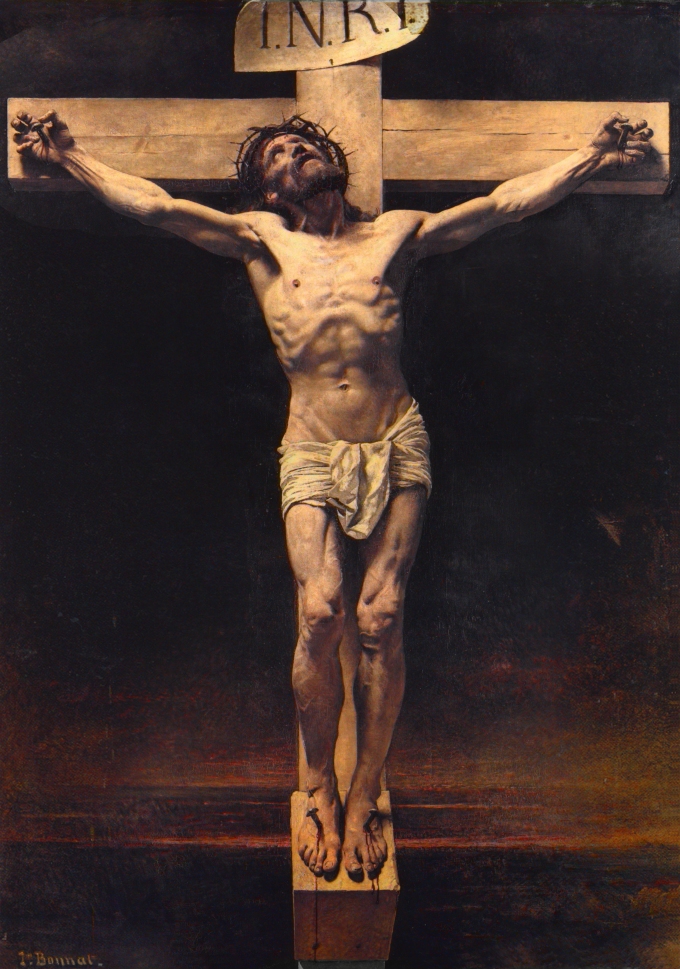 The people stood watching, and the rulers even sneered at him. They said, “He saved others; let him save himself if he is God’s Messiah, the Chosen One.” Luke 23:33-35 (NIV)

What I am saying is that we are commanded to forgive; through Biblical teaching and Jesus’ example we are taught the benefits of this act of our will.

Why is it so few of us practice it, in truth?

Now, don’t scoff and dismiss my statement so readily. In all personal depth of understanding and honesty take a moment to reflect on not only my statement, but the reality of what you have and have not forgiven in others. Though we can instantly quote verses and encourage this admirable trait we still aren’t to the point that we are as God. While it is true we will always fall short of the standard set by Him there is falling short and then there is outright hypocrisy.

“Woe to you, teachers of the law and Pharisees, you hypocrites! You travel over land and sea to win a single convert, and when you have succeeded, you make them twice as much a child of hell as you are.” Matthew 23:15 (NIV) 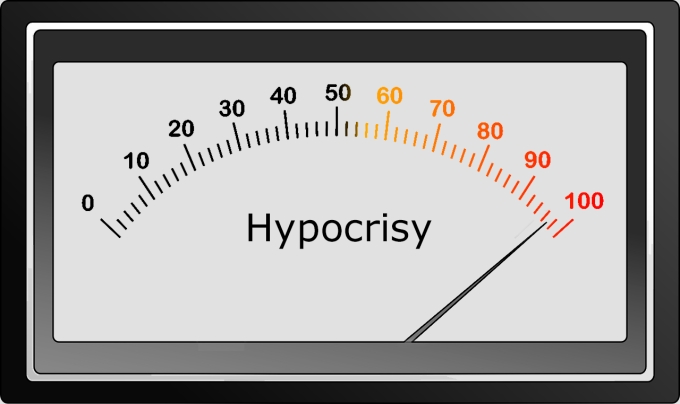 “Woe to you, teachers of the law and Pharisees, you hypocrites! You give a tenth of your spices—mint, dill and cumin. But you have neglected the more important matters of the law—justice, mercy and faithfulness. You should have practiced the latter, without neglecting the former. You blind guides! You strain out a gnat but swallow a camel.” Matthew 23:23-24 (NIV)

I know whereof I speak. I was serving in the church, with the great responsibility of leading people, I was full of un-forgiveness and living hypocritically. I had been terribly hurt by another in such a way that it changed my view of not only myself but every other person in this world. This elemental shift as a child carried on throughout the entirety of my life, tainting and polluting everything I touched. My efforts, though genuine, were crippled by deep pain that I believed I was powerless to change. So un-forgiveness became part of me, seamlessly folding into what would be called quirks, or unique personality traits. 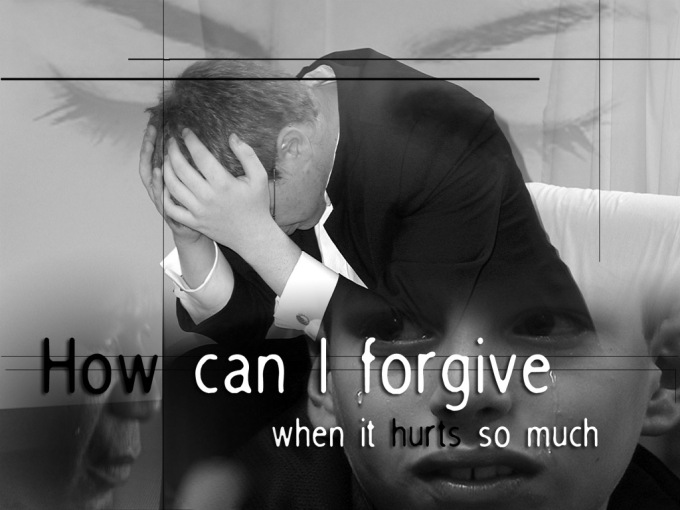 The truth is that there are wounds and hurts inflicted on all of us that remain unforgiven. We reserve the right to hold tightly onto them but preach hypocritically to others “their sin” in not forgiving something or someone. Even in the writing of my blog I have absorbed anger and cruel animosity for the true and genuine processing of my life and the personal observations I have made.

The hypocrisy of wanting someone else to do what you personally refuse to is the crux of the matter.

When we stop telling people to their face that we “love” them because God says we have to, or that we won’t listen to someone because they have made a poor choice and therefor they have no voice which we will recognize, or we write someone off because what they’ve done is “unforgivable”, we will begin scratching the surface to achieve this lofty goal.

In other words, if you are judging, scolding and chastising others to forgive, we might want to make sure we are practicing this concept. Strong words-yes, but they are well-founded in experience.

I am facing a situation now, in which a life-long wound that has festered without relief is once again coming into focus. The hurt I received over 40 years ago that set my life on a turbulent and out of control course is being revisited. I am struggling with forgiveness of someone who, through their actions, tragically changed my life from what it could have been. I am not hiding from this or claiming to be above reproach in my life.

I am asking these questions:

In summary,  there are unresolved hurts in our lives that make it very difficult to forgive certain things; there are events of differing intensity that we cannot lump together and say its all the same, it just isn’t.

We are human, and even though this book says forgive, it doesn’t mean that we do, can, or ever will.

We can aspire to great and good things such as fairness, humility, service to others, mercy, love, and many more; but the truth is that forgiveness may be the most difficult act we will ever pursue.

We aren’t God, it might be best to make sure we understand that first. He came without a past marred by sexual assault and parental lies and abuse. He didn’t have a family history of sin to combat, or the iniquities of generations before Him to wade through while He performed miracles and exhibited great grace for others. He didn’t struggle with His self-worth because His Father had destroyed it; lets face it, though He took the form of a man…He was still God.

Just because forgiveness is commanded doesn’t mean we will. We all have flaws, predispositions, beliefs, and reactions that are most likely born from hurts that we haven’t been able to forgive. However, the fact that we might genuinely revisit the forgiveness process personally could be a step in a positive and life-giving direction.

Just something to think on as you go about another day.