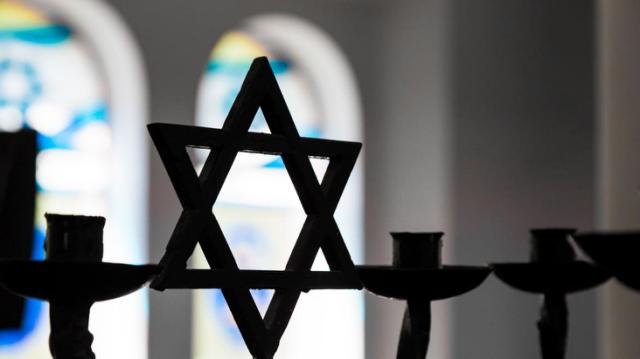 A group of parents are suing a prominent Washington D.C. synagogue, alleging one preschool teacher sexually abused eight toddlers for more than two years and the school ignored the warning signs.

The 239-page civil lawsuit, filed anonymously by eight parents in Superior Court for the District of Columbia on Monday evening, alleged that the toddlers between the ages of two and four, “were subject to systemic and regular sexual abuse on school property” by an assistant teacher at the Washington Hebrew Congregation.

The alleged abuser, Jordan Silverman, joined the preschool in 2016 after a career as a Vermont photographer. Although Silverman is not named as defendant in the lawsuit, he is named for the alleged “grievous, demeaning and damaging forms of sexual abuse.”

“On what we believe was a daily basis, Silverman would remove a small group of children, maybe two or three children at a time, and he would take them to remote locations both inside and outside the building,” Michael Dolce, who is representing the families, told The Daily Beast on Tuesday. “We believed that is where he abused the children. He was able, and sometimes encouraged, to be alone with these children, despite it being a direct violation of D.C.’s ‘two-deep’ policy.”

The Reform Jewish synagogue and its director of early-childhood education, Deborah “DJ” Schneider Jensen, are the focus of the complaint, which claimed the administration failed to “protect children from a known and avoidable risk of sexual abuse.”

The lawsuit also noted that the preschool teacher was given the opportunity to be alone with students despite city regulations that state “at least two adults must be present with toddlers in licensed child development centers.”

“Silverman was hired to teach and care for children despite having no professional background in teaching or providing child care,” the complaint stated, additionally claiming the school failed to properly train staff on ways to reduce the opportunity for child sexual abuse and to recognize the warning signs.

About a month after starting at Washington Hebrew, teachers and parents allegedly reported Silverman’s inappropriate behavior to Jensen, which included being “late returning children when he had been alone with them and was not reachable or responsive to efforts by co-workers to locate him and the children.” The congregation and Jensen allegedly ignored these claims, sometimes even defending Silverman.

In one instance, when one parent raised concerns about possible abuse, Jensen allegedly said he had a “‘sick mind’ and insisted that Silverman would not abuse a child” despite increasing amounts of reports that preschoolers were “behaving abnormally” after spending time with the assistant teacher.

“Ms. Jensen was given countless opportunities to protect these children and instead, she never investigated any claim against Silverman, never restricted his access to children, and never even reported the claims to city officials,” Dolce said.

The Metropolitan Police Department of the District of Columbia confirmed to The Daily Beast on Tuesday a police investigation into alleged child sexual abuse at the school is ongoing after the school reported a preschooler claimed to have been abused last August.

Police could confirm whether Silverman was a suspect, citing the “ongoing investigation.”

“In August 2018, Washington Hebrew Congregation immediately reported the allegations to D.C. Metropolitan Police Department (MPDC) and Child Protective Services as soon as we learned of them,” Amy Rotenberg, a spokesperson for the congregation told The Daily Beast on Tuesday. “Since that moment and for the past eight months we have continually and fully cooperated with the ongoing criminal investigation.”

Silverman, who was fired from the school last August, could not be immediately reached for comment.

The families are suing for an unspecified amount of damages, claiming the school’s negligence has left a lifetime of emotional distress, medical costs, and therapy for the children. To maintain the integrity of the police investigation and protect the children, the lawsuit did not go into detail about the alleged abuse.

“At the end of the day, this man performed horrible and significant sex crimes against small children and the people that were supposed to protect them turned a blind eye,” Dolce said. “Silverman is only one part of this horrible story.”

As of Tuesday morning, the Washington Hebrew Congregation have offered “no apology and no medication” to any of the alleged victims, Dolce added.

Original story here, along with other similar stories from Yahoo News.